A boat and a backpack are obviously the best start to any glamping trip! We rocked up to Sydney Harbour right at the very start of Summer time in Australia. An easy central destination on the Sydney metro system, we took the obligatory snaps of ourselves with the Opera House and Harbour Bridge then we headed out from Circular Quay on a ferry toward Cockatoo Island. We were going Glamping at Cockatoo Island!

Sydney Harbour is one of the most beautiful natural harbours in the world and, with more than 4 million residents in Sydney plus an incredible 32 million (!) tourists visiting each year, it’s a veritable hive of activity. There are a number of uninhabited islands which you can explore but the World Heritage listed Cockatoo Island is the only one where you can get in a spot of island Glamping!

The island is about 44 acres in size, positioned fairly squarely in the center of the inland part of the harbour (there’s a view of the Harbour Bridge from the island but not of the Opera House). It has had many different uses over the years being variously used as a prison, a hub for boat building and, at one point, it even housed a reform school for mis-behaving girls. There is a fantastic audio tour available (the Cockatoo Island audio tour costs just $5, takes about two hours and will help you to explore the whole island). The visitor center have also just released a special ‘geolocative’ phone app called The Ghosts of Biloela – a fictional drama set on the island exploring the history of the naughty girls. Different parts of the story are triggered using your phone’s GPS as you explore the island.

The historical sites are not especially well preserved but the history is interesting, as long as you do the audio tour it’s fabulously well presented, the staff are lovely, the facilities are good and it’s a nice, unusual camping getaway.

There are obvious similarities to Alcatraz in San Francisco Bay. While there is a certain amount of overlap the prison buildings on Alcatraz are much better preserved than those on Cockatoo Island, but the focus is very different. Cockatoo Island is much more of a family oriented, mixed interest destination, and Glamping at Cockatoo Island fits really well with all the various options for exploring Sydney Harbour. And, given the right season, the weather in Sydney is a LOT more reliable that it is in San Fran!

So, what about the glamping?

Well, we were lucky enough to snag a corner spot right on the water front. There’s a little zone of safari tents on the island all pre-erected and furnished with camp beds (a little weirdly these are all singles – definitely minimising the appeal as a honeymoon destination!). The camping area is less than five minutes walk from the quayside so it’s super easy to check in and get to your tent. There are trolleys provided if that back pack (and you’ll be carrying pretty much all of the food for your stay) is starting to weigh you down. The staff are super friendly and welcoming – they helped us to orient ourselves, gave us a map and pointed out where we could pick up our breakfast BBQ pack (more on that later!).

Each site comes with two comfortable loungers for sitting back and watching the bay roll by, an insulated cooler (which is way more attractive than it sounds – it’s the little wooden box we wrapped in lights in the pics above), and camp beds with air mattresses – all fully made up with bedding.

The cooler (called an ‘esky’ in Australia – we guess it’s something related to eskimos!) isn’t in fact necessary because there’s a great communal cooking area well supplied with fridges. I was a little concerned about this ahead of time – would ‘it’ be full and was there was a danger of having our well planned supplies raided? There was no need for the worry though – there are PLENTY of fridges with tons of space. Even on the busiest mid-Summer weekend I can’t see that you wouldn’t be able to squeeze your perishables in somewhere. It was also a really respectful system – you just label your food with name and date – and people leave it alone. You do, of course, need to have brought along a marker pen along with your food though… (I’ve put a list of our wins and fails at the end!).

The cooking area is a nice bank of Australian style BBQs. For the non Australian, and the otherwise uninitiated, this is kind of a stainless steel table with a button which you press to automatically fire up the gas underneath the steel. It provides a nice broad cooking surface but does take a while to warm up. They’re also on a timer so you have to watch out for the light going out and re-press fairly often (this caught us out once – it takes a LONG time to cook a veggie burger on a stainless steel table with no fire underneath it!).

In terms of security and personal possessions there are lockers available in the visitor center but they’re small. If you’ve brought any amount of things with you they really aren’t going to fit in one of the lockers on leaving day. There are padlocks on the tents though – there weren’t hordes of visitors when we were there so we felt pretty relaxed about leaving things. We didn’t take laptops etc so that helped us to not feel too concerned.

And those BBQ packs?! Yummy! You can pre-order and pick up prepared packs of steaks, sausages etc for cooking on the island. We sampled a breakfast pack which had a really generous supply of bacon, eggs & sausages – way more than enough for two people. Fun to cook and delicious to eat with the wind in our hair (although there are windbreaks around the cooking area) and the harbour at our feet!

The other facilities are great – for me there is little in life to match the joy of a hot shower with a view of open sky around you (it’s ok the open air bit is right at the top of the, very clean, individual stalls and they do have roofs!).

Take everything – check out our list at the end – and our wins and fails.

Do the audio tour! And allow at least two hours to do it in. Ditto the naughty girls tour.

Check, double check, and check again about what’s provided and what isn’t.

Be aware that the lockers are fairly small so if you’ve brought much along (and you need to because – see list below) you’ll be leaving at 10am on departure day.

Trolleys are available once you get to check-in.

Take warm clothes, it can be windy and cold at night!

Stay for at least two nights, we tried to do everything in one night and it wasn’t enough time to tour, take photos and relax.

The Essential Packing List for Glamping on Cockatoo Island

* You don’t need spatulas or BBQ tongs as these are provided (and attached to the BBQs).

Battery operated fairy lights and our ‘fireflies in a bottle’ battery-operated vacola jar lantern from Upswitch (the BEST easy glamp ever).

Taking veggie burgers and ketchup and butter (and cheese slices) – I really did think that there would be a bit more available in terms of communal supplies, or for purchase. My fault for not reading everything through properly / believing what I was reading! We used our butter for cooking.

Taking kitchen roll – see ‘fail’ below! We forgot to take washing up liquid and a cloth but managed to clean up with bunched kitchen roll, boiling water and a spatula (attached to the BBQ).

We forgot cleaning supplies which made it a hard job to clean the BBQ.

No marker pen so we couldn’t label our food in the fridge which made us 1) feel a bit renegade and 2) was perhaps a little risky (although we did feel it was secure).

We forgot plates! Thankfully I always travel with our camping mugs (as we sell them it would be HELLA annoying not to have them.. plus coffee. I need my coffee).. not having plates made it a little tricky but thankfully we’d brought a whole pack of bread rolls so we shoved everything we cooked between bread and ate with our hands – directly off the hot BBQ.

Wind – easy to glamp… hard to take photos! We’ve got lots of ‘action shots’ of fairy lights wriggling in the wind!

We were chilly. I really needed cashmere socks (ha, I always need cashmere socks) and realistically, given the time of year, full warm gear for sleeping. Out of season a snuggly sleeping bag would be a boon.

This was a great experience, especially good for families but you really do need to be prepared and to check up on the guidelines. It was super easy to navigate everything once we were there – the staff were all lovely! The BBQ packs are great – it may not be the cheapest option but they’re very convenient and the portions are generous. The audio tour is BRILLIANT and, obviously, as photographers, we really enjoyed clambering about the island.

It’s easy to get to, and staying in Sydney Harbour is a great ‘tick’ for a tourist.

So, is glamping at Cockatoo Island truly ‘glamping’? Well, it depends on your definition. We didn’t have to pitch a tent and we didn’t need to bring bedding (although as above, a sleeping bag wouldn’t have gone amiss) but other than that it is a pretty ‘campy’ glamp – which isn’t necessarily a bad thing! A few fairy lights and a bit of effort with some snuggly socks, a few luxury food items and maybe a strip of bunting and you’re set. We’d definitely go again! 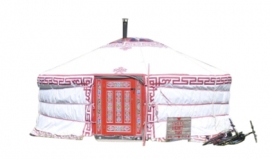 Free Camping for RVs and Trailers!